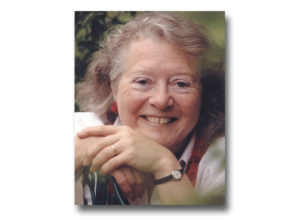 What will Black Friday bring this year?

While many retailers would love it if we all quietly forgot about Black Friday, the American import looks set to stay for some years yet. Will 2016’s promotions repeat the carrier carnage of 2014 or will retailers succeed in managing consumer demand and expectations?

Get ready for a digital future

Physicist Stephen Hawking has predicted a future with “machines whose intelligence exceeds ours by more than ours exceeds that of snails”. so, how could technology available today transform fulfilment? By Penelope Ody

Good news (at least for shoppers) at Christmas

Unlike Christmas 2014, last year’s festivities were not followed by endless news stories about failed deliveries – but that doesn’t necessarily equate with problem-free orders or increased profits.

Black Friday 2014 will haunt UK retailers and their logistics partners alike for many years to come. Consumers brawling in the aisles for discounted goods, trailer loads of parcels for home delivery left standing because capacity had been under-estimated, and worst of all, lots and lots of very unhappy customers.

Time for a reality check

As online sales continue to grow so may retail losses on each order. Big data and a change in consumer attitudes to the services they want might just ease the pressure on carriers.

With the summer sales out of the way, retailers used to start turning their attention to the Christmas peak – or they did until the arrival of ‘Black Friday’.

Drones, driverless vehicles, robots, underground tunnels… futuristic delivery options are proliferating, but will they ever replace the ‘man with a van’?

As online sales soar so do returns, with three or four items in every ten sold heading back to the shelves – at what cost?

With the IMRG calculating that shoppers now spend £1in every £4 online, demand for delivery services continues to grow. Can the industry cope with promotional peaks?

Facing up to the challenge of change

Retailing has always been a dynamic industry but today’s changing consumers are causing many retailers to reassess fundamental strategy and approach. Penelope Ody examines the issues.