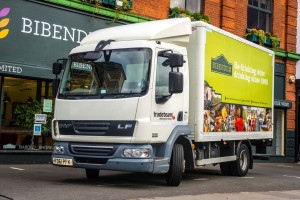 Bibendum PLB Group has extended its contract with DHL’s Tradeteam business for ten years. Tradeteam will manage the warehousing and distribution of wine, spirits, beers and soft drinks to all of Bibendum’s on-trade and wholesale customers in England, Wales and Scotland.

Greencore, the convenience food manufacturer, has chosen Voiteq’s voice-directed warehouse execution system to help modernise its “Food to Go” distribution operation in the UK and USA.

Are we seeing fundamental change in the food supply chain?

You could almost hear the sigh of relief among financial analysts last month when they saw Tesco’s first quarter results – there was clear evidence that the decline in like-for-like sales was being turned around.

Driving a hard bargain with your suppliers is one thing, but demanding a cash gift under the threat of delisting, is downright unfair. These, and other harsh words, were directed at Premier Foods last week by the Federation of Small Businesses. It followed a complaint in the press about how Premier manages companies in its […]

The Food Storage and Distribution Federation has vowed to work with the government to drive out criminality at all level in the food supply chain, following publication of the Elliott report