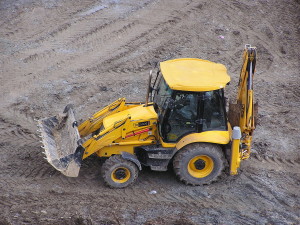 JCB has extended its contract with Norbert Dentressangle to manage the delivery of aftermarket parts to the digger manufacturer’s 100 UK dealer depots for three years.

Wine merchant Gerrard Steel has appointed GEFCO as its new logistics provider, with GEFCO seeking to expand its involvement in the wine sector.

Supacat, the engineering and design company, has awarded a contract to Wincanton to run its production warehouse operation in Dunkeswell.

Fashion retail has undergone an unprecedented period of change in the last three to five years, with commentators comparing it to the shock created in the grocery world with the rise of the supermarkets.

New Look has extended its store delivery and collection contract with Clipper Logistics until July 2019.

The entry deadline for the first UK IntraLogistics Awards is this Friday, 30th January, so product and service providers who haven’t yet done so should enter now.

Kubota has appointed Unipart Logistics to manage its national parts distribution and logistics function, with an initial five-year contract set to commence in the second quarter of 2015.

Marks and Spencer is proposing to move operations out of the DHL distribution centre at Rowley Road in Coventry.

Havelock, the corporate and retail interior fit-out supplier, has extended its contract with Bibby Distribution for an additional year.

The first UK IntraLogistics Awards will recognise great products and services from intralogistics providers, and will be presented at the IntraLogisteX exhibition on Wednesday 25th March.