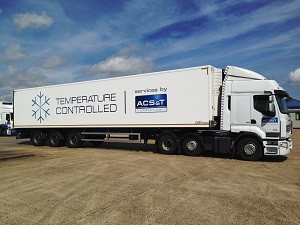 How E is changing the Bay strategy

E-commerce is having an impact right across the retail supply chain – and especially at the loading bay. Alex Whiteman reports.

Yusen logistics has upgraded and relocated its UK air freight gateway at Heathrow.

Chilled food distributor NFT is to open a £20 million state-of-the art temperature-controlled distribution centre at Forth Port’s Port of Tilbury. The centre, planned to open in late 2015, is a long-term partnership investment with NFT to create a unique PortCentric distribution centre which will be one of the largest refrigerated (“reefer”) quayside facilities in […]

Culina signs up at Port Salford

Yearsley Logistics has got the go-ahead for a £15 million storage and distribution facility at Bilsthorpe in Nottinghamshire.