Brexit vs digitalisation: why billions of pounds are at stake

Even for an industry used to dealing in large numbers, £4.5 billion is a lot of money. But that is what the motor industry reckons that a badly handled Brexit could cost. 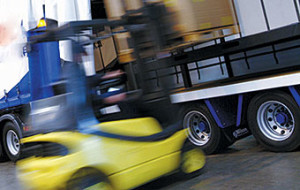 Orders for counterbalance trucks fell 16.4 per cent year-on-year in in the third quarter of 2016, having already decreased by 5.9 per cent in the second quarter, according to the latest Forklift Truck Market Outlook for 2016, produced by Oxford Economics on behalf of the British Industrial Truck Association.

The government must ensure that UK goods are not burdened with red tape as it negotiates the UK’s exit from the European Union, the Freight Transport Association said in its submission ahead of the Autumn Statement which is due on 23rd November. 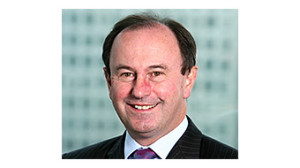 Logistics businesses are more confident now than in the first half of the year, according to the latest UK Logistics Confidence Index from Barclays and Moore Stephens.

Brexit: The only certainty, is uncertainty

Four industry leaders took on the challenge of analysing the impact of the UK leaving the European Union, on the first day of the European Logistics & Supply Chain Conference in Brussels.

It’s all go despite Brexit

According to Savills, the UK warehouse market has had its best third quarter since records began with take-up hitting 10.4 million sq ft, 45 per cent higher than the long term average of 5.7 million sq ft and surpassing the previous high of 9.3 million sq ft achieved in 2014.

Brexit: The people have spoken

On Thursday 23rd June, the British people voted to leave the European Union. Both remain and leave supporters were shocked by the result – bringing joy for some, and unease for others. But what does it mean for the logistics industry? Alexandra Leonards reports.

Orders for forklift trucks were ten per cent down in the second quarter of 2016, although the market remains at historically high levels, according to the British Industrial Truck Association.

SMEs confident Brexit will ‘cause no significant disruption’

SMEs are confident Brexit will not cause any significant disruption to their businesses, according to research by CitySprint, the same day delivery company. The survey found that 47 per cent of small business leader ‘anticipate no disruptive impact at all from Brexit.’

Brexit could see a big shift in sourcing away from the EU to the Far East as UK retailer adjust their supply chains, according to a survey by Barclays.