Professor Richard Wilding has been named one the of UK Top100 Corporate Modern Slavery Influencers of 2018 in an inaugural  Index, created  by BRE and Sustain Worldwide.

The number of potential victims of modern slavery reported to the authorities rose by more than a third to 5,145, a report by the National Crime Agency has revealed.

Government suppliers must do more on slavery

More than 40 per cent of the government’s major suppliers fail to meet the basic legal requirements of the UK Modern Slavery Act, according to a survey by sustainability consultancy Sancroft and Tussell, a data provider of government procurement information. 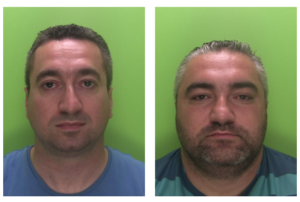 Two brothers have been ordered to pay back £167,650 in criminal gains after they trafficked vulnerable men from Poland to work in a Sports Direct warehouse in Shirebrook, Derbyshire.

Government must do more to stamp out slavery

The government will not be able to reduce the prevalence of modern slavery significantly or show that it is achieving value for money until it establishes effective oversight, the National Audit Office has warned.

The challenges in sourcing and procurement have been mounting with the move to on-shoring, the impact of Brexit, and the potential to use artificial intelligence. Sam Tulip analyses the key factors…

Police care for victims of slavery can be excellent, but there isn’t always the same focus on disrupting human supply chains, according to a new report by Her Majesty’s Inspectorate of Constabulary and Fire & Rescue Services.

One in ten UK supply chain managers say they have found evidence of modern slavery in their supply chains since the Modern Slavery Act came into force, a survey by the Chartered Institute of Procurement & Supply has revealed.

Time to contribute to the debate on supply chain slavery

Supply chains in the fashion, construction and cleaning sectors are being targeted by the UK’s director of labour market enforcement, Sir David Metcalf, who has warned that he will be consulting on how to make full use of powers to jail the worst offenders.