There has been a 425 per cent increase in the number of modern slavery act prosecution cases, according to the Ministry of Justice’s Criminal Justice System Statistics Quarterly report.

UK slavery referrals up by a third

The number of potential victims of labour exploitation referred as part of the framework set up to identify victims of modern slavery in the UK increased by 33 per cent from 2015 to 2016, according to analysis of National Crime Agency data by Kroll, the risk mitigation specialist.

BSI’s Trafficking and Supply Chain Slavery Index has found that China, which supplies 18 per cent of yearly construction materials to the UK, is the highest risk source of modern day slavery for Britain.

Last week Erwin and Krystian Markowski were each sentenced to six years in jail at Nottingham Crown Court after being convicted on charges related to trafficking people for labour exploitation.

The UK is exposed to an increased risk of modern day slaves entering the country from two thirds of the countries of the world, according to new research from the British Standards Institution.

Companies must eradicate all traces of forced labour – CIPS

Companies must step up their game to eradicate all traces of forced labour, David Noble, group CEO of the Chartered Institute of Procurement & Supply, said in response to claims by the BBC’s “Panorama” programme that child refugees in Turkey are making clothes for UK shops. 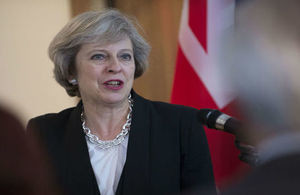 Prime Minister Theresa May has called for global action to stop modern slavery, and set up a new task force to tackle the issue.

Look out for the latest issue

Look out for the latest issue of Logistics & Supply Chain – it’s available in print, and for iPad and Android.