Your voice counts; everywoman and the Freight Transport Association (FTA) want to hear from individuals, HR leaders and organisations about the women in the industry and their success stories. You only have until 2 February midnight to nominate a high achiever that’s making a difference.

Now in its eighth year, the 2015 FTA everywoman in Transport and Logistics Awards seeks to unveil role models from companies large and small. Past Award winners have been HGV drivers to company directors and site managers, hailing from companies like Tesco and Asda to small and medium enterprises. 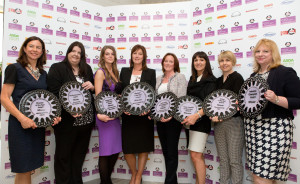 You can nominate yourself, a peer or a colleague for one of the following Award categories on the everywoman web site:

To find out more about the Award, visit www.everywoman.com/tlawards.