Airbus has warned that a no-deal Brexit could force it out of the UK, saying that production would be severely disrupted and it would have to hold an additional €1 billion worth of buffer stock – not taking into account lead time and logistics disruptions.

Even an “orderly Brexit” would create supply chain difficulties for the business, it said.

In a risk assessment, it described the effects of a no-deal Brexit as “catastrophic”, saying that every week of unrecoverable delay would entail material working capital impact, re-allocation cost, cost for inefficient work, penalty payments to customers and up to €1 billion loss of turnover. 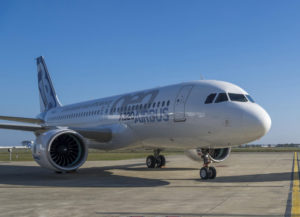 The aircraft manufacturer has four major plants in the UK and employs 14,000 people. It supports more than 110,000 jobs in the UK supply chain.

It said: “Airbus has more than 4,000 suppliers in UK and an integrated supply chain with parts crossing the Channel multiple times. This is operated on a just-in-time basis relying on frictionless trade today provided by the combination of the EU Customs Union and Single Market rules. Any change in customs procedures, logistics and environmental standards would have major industrial and cost impact.”

And, it said: “It would force Airbus to reconsider its footprint in the country, its investments in the UK and at large its dependency on the UK (with many potential undesirable consequences such as repatriating competencies, patents, revisit Research and Development footprint, reduce UK’s weight in the supply chain etc.…).”

The risk assessment also considered the results of an orderly Brexit with an agreement and transition period.

It said: “Though a much better outcome than a no deal scenario, this way forward would still pose a significant amount of risk and be difficult to manage as the proposed transition phase seems too short for governments to agree on all important open points, and for Airbus and its tier one suppliers to agree and implement all changes with their extensive UK supply chain.”