Four in five (83%) of European-based businesses in the global automotive supply chain are either ‘concerned’ or ‘very concerned’ about the the COVID-19 pandemic’s impact on supplier operations and business outlook.

According to research conducted by IHS Markit suppliers to automotive manufacturers said the COVID-19 pandemic was increasingly reducing supply chain visibility, particularly as to when plants will be fully operational. 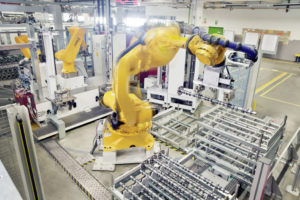 Mercedes-Benz Mannheim plant: Camshaft joining at the chipping of the engine plant for commercial vehicles.

The survey of senior executives, which represent companies with over 1,500 manufacturing sites on a global basis in all regions, found that tte biggest concerns among suppliers were ‘weakness in demand’ and ‘availability of raw material’. Suppliers  were also worried as to when demand will come back.

When asked by IHS Markit as to how concerned they are regarding supply chain disruptions, the majority (60%) said they were either “much concerned” or “very much concerned”.

However the survey also found that 20 % of executives said their concern was “little” while an additional 17 % of suppliers said they are “neutral”.

Material shortages in the supply chain 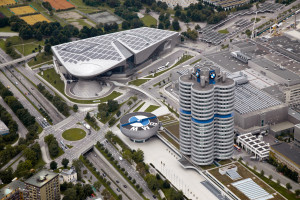 Some 40% of suppliers who responded to the survey said that they had witnessed raw material shortages, which has impacted one or more plants. Some respondents indicated that so far they had not faced any issue with supplies from sub-suppliers, but said there was a growing risk of raw material shortages if the situation continued for the next two to four weeks.

Among respondents who had faced raw material and supply chain issues, 49% were from Asia, 24% were from Europe, and 22% were from the Americas.

Furthermore some 37% of suppliers into the automotive supply chain said  plants were impacted due to logistics issues such as road transport blockage and stuck containers at port, following the COVID-19 outbreak.

Logistics Manager will publish a special sector report looking at the current challenges for automotive supply chains in its May edition.

As ever, editorial and commercial opportunities are available. Please contact: