London’s Camden Council is searching for a 3PL to run its city logistics centre following the trial of a pilot scheme aimed at reducing congestion, pollution and vehicle noise from London Roads.

The pilot scheme, co-funded by the LaMiLo Project and in conjunction with Enfield, Waltham Forest and Islington councils, was a year-long trial of the London Boroughs Consolidation Centre (LBCC).

The 2,000 sq ft LBCC – it has the space to expand to 8,000 sq ft – currently operated by DHL is based in Edmonton and serves 72 suppliers, having risen from an initial list of four.

All inbound goods from the initial four suppliers are delivered to the LBCC at pre-agreed time slots (6.30am-8.00am). Goods from other suppliers can arrive at any time between 6.30am-6pm. The goods are then consolidated and delivered to the Councils’ buildings (9.30am-4.00pm) by DHL, with collections returned to LBCC. 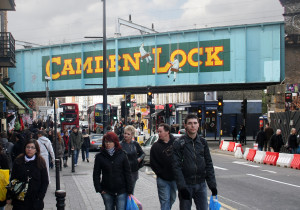 According to councillor Theo Blackwell, cabinet member for finance and technology policy, the pilot scheme resulted in a 46 per cent reduction in the number of vehicle trips and a 45 per cent reduction in kilometres travelled, with more than 50,000 items delivered to 250 council buildings.

“With tens of thousands of deliveries coming into our buildings each year, we’ve had to rethink how we could re-organise them in a more economic and environmentally friendly way,” said Blackwell.

“We have developed a four year plan which anticipates the volume of goods going through the consolidation centre will increase considerably. Already a number of new partners and users have expressed an interest in joining the service including Business Improvement Districts, schools, universities, other London borough councils, and retailers who are keen to receive the environmental, financial, operational and customer experience benefits that consolidation brings.”

Ian Short, chief executive of the Institute for Sustainability, said that freight vehicles typically represent eight per cent to 15 per cent of total traffic flow in urban areas.

“When they park to make collections or deliveries outside designated parking spaces, they can reduce road capacity and contribute to congestion,” said Short.

“Finding solutions to manage the last mile of deliveries that work for businesses, consumers and the environment is increasingly important. Through LaMiLo, the institute has been working on a number of pilot projects across North West Europe to look at how last mile deliveries can be streamlined. Camden Council’s work enables others to follow their lead to reduce air pollution, reduce congestion and combat climate change.”

The LBCC also demonstrated that by consolidating orders, cost savings can be made based on the decreased mileage that suppliers travel and enables bulk purchasing of non-perishable goods, such as office supplies, to be stored until needed. By adopting new practices around ordering, greater operational and economic efficiency can be achieved.