The European Commission is reportedly considering the temporary suspension of various anti-dumping duties due to market disruptions arising from Covid-19. This includes duties on fasteners, aluminium converter foil and polyvinyl alcohol from China, plywood from Russia, fertiliser from the US, Russia and Trinidad and Tobago, and various steel goods from China, India and other countries.

The UK’s new Trade Remedies Authority (TRA) also has the power to recommend a suspension of similar trade measures to ease supply chain pressures. The TRA took over the role of investigating unfair trade practices from the Trade Remedies Investigations Directorate on 1 June 2021.

“While suspensions by the TRA would benefit foreign producers exporting to the UK and may ease some domestic supply chain pressures – and costs – they also pose a threat to UK producers who may see hard-won measures relaxed for a time,” commented Daniel Merlo, a Director specialising in international trade at European law firm Fieldfisher.

“The TRA has the power to recommend a suspension if it is satisfied of three main conditions. Firstly, it must consider that market conditions have temporarily changed.

“Second, that as a consequence of those temporary changes, the injury caused to UK industry before the trade remedies measures were in place, is unlikely to recur if the measures were suspended.

“Finally, the TRA must be satisfied that a suspension is appropriate.”

Merlo explained that although it would depend on the particular circumstances, the ‘temporary market conditions’ test could, in principle, be satisfied by the effect that Covid-19 is having on supply chains. 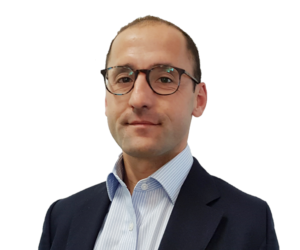 “As far as the ‘appropriateness test’ is concerned, the TRA has broad discretion here and whether it is met will depend on the individual circumstances of a particular case.

“The burden of establishing that suspension is not appropriate would arguably shift to the TRA in cases where the other two tests are met.”

Merlo added that if the TRA recommends that a measure is temporarily suspended, the Secretary of State for International Trade must accept the recommendation, unless it is not in the public interest to do so. Trade measure suspensions can be for up to nine months, with a possibility to extend up to a maximum of 21 months in total.

“Business on both sides of the divide should be prepared,” concluded Merlo.