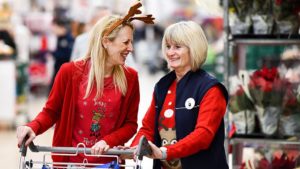 Tesco also saw a 2.6 per cent increase in online like-for-like sales during the Christmas period (6 weeks to January 5), with 776,000 orders and nearly 51 million items delivered.

“As a team we have achieved a lot in the last 19 weeks. In the UK we delivered significant improvements in our competitive offer and this is reflected in a very strong Christmas performance which was ahead of the market,” said Tesco chief executive, Dave Lewis. “We have more to do everywhere but remain bang on track to deliver our plans for the year and as we enter our centenary we are in a strong position.”