City Link’s management believed that the business could be turned around right up to 22nd December, former chief executive David Smith has told the House of Commons inquiry into the closure of the business.

“I think the board still believed it could be turned round on 22 December,” said Smith in evidence to the committee this week. “What we believed though was that it would take longer than we originally thought, and certainly it would cost more money to do that. Like Better Capital, we put money into the investments at the start and obviously lost those as well,” he said.

The inquiry is being carried out by the House of Commons Business, Innovation and Skills Committee and the Scottish Affairs Committee. City Link’s owner Better Capital decided to close the business on 22nd December, although the administrators were not formally appointed until 24th December.

The committe has already heard evidence from the administrator Hunter Kelly of Ernst & Young, and Jon Moulton of Better Capital. 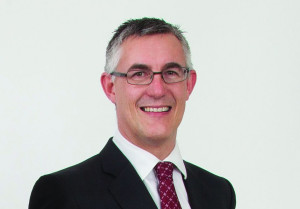 Smith told the MPs that the City Link board came up with a plan for “a radical restructure of the business to focus more closely on the business-to-business market as opposed to the generality of the parcels market; an opportunity or set of opportunities to bolt on to the business, to bulk it up and make it larger so that it was able to compete more in the wider marketplace; and then potentially a trade sale as the alternative view to that.”

The City Link board had received a letter from Better Capital on 3rd December, which, Smith said, encouraged the management to continue with the agreed plan for the business.

“They finished the letter by saying: ‘We are impressed with the progress made to date and will continue to work with management in seeking to deliver a solvent outcome.’ That is 3rd December,” he said.

To keep City Link going as a viable concern would probably have required an investment of some £25m “to complete the investments in IT and structuring changes that were necessary, as well as a further investment of £20 million plus to buy out Better Capital’s interest in the business: £40 million to £50 million-worth of investment and then for those turnaround elements actually to be delivered; IT changes, landlord agreements and so on,” said Smith.

Smith was asked by committee member Pamela Nash: “Do you think that City Link could have been saved had Better Capital given the support that you expected?”

“My belief is that, yes, it could,” he said, “but my belief is also that the return on investment that Better would look for as a private equity house would have been lower than they would have normally anticipated, so I can understand why they made the decision they made.”