MPs investigating the closure of City Link have called on the government to tackle the issues of “bogus self-employment” and zero hours contracts.

City Link went into administration of 24th December. The report, “Impact of the closure of City Link on Employment”, is the result of a joint investigation by the Business, Innovation and Skills Committee and the Scottish Affairs Committee.

The MPs said they accepted the analysis put forward by the RMT union that City Link’s self-employed drivers were directly employed “in everything but name”.

The report said: “We welcome the review initiated by the Secretary of State for Business, Innovation and Skills into how to tackle the problem of bogus self-employment. The incoming Government should bring forward proposals for tackling companies who use or encourage this practice. We reiterate the call in zero hours contracts in Scotland: Interim Report for the Government to set out what steps it is taking to prevent workers from being pushed into bogus self-employment.” 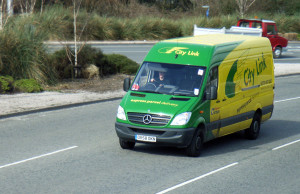 The MPs also criticised City Link and its owner, Better Capital, for encouraging small businesses and self-employed drivers to take on additional costs despite a strong possibility that they would not receive payment for a significant part of their work in December.

“The additional work undertaken by these people has left some of them in serious financial difficulties, with some small firms forced into administration themselves or relying on goodwill from their own creditors to struggle on. Again, there is no doubt that contractors were deliberately deceived as to the true state of the business.

“City Link and Better Capital are morally, if not legally, responsible for the difficulties that many of these individuals and small business now find themselves in.”

The MPs also called for a change in priority of payments to improve the position of self-employed contractors.

The report said: “We do not agree, however, that the current system, where those who have given secure credit to a company are cushioned from the full impact of an insolvency because of the losses borne by those who work for a company on a self-employed basis, or as contractors or suppliers, represents the appropriate balance.

“Any change to the priority order for creditor repayments should be carefully considered to avoid unintended consequences and balance protection for workers with the need for companies to attract credit and investors. However, the current order of payments does not reflect modern employment practices. We recommend that the Government updates the order of payments in the Insolvency Act 1986 to give preference to all of a company’s workers, regardless of whether or not they are directly employed and that consideration is given as to how best to deal with employees and small sub-contractors and suppliers.”

The MPs also called for action on the statutory redundancy period.

“It is clearly in the financial interest of a company to break the law and dispense with the statutory redundancy consultation period if the fine for doing so is less than the cost of continuing to trade for the consultation period and this fine is paid by the taxpayer.

“However, while the financial calculation is simple, ignoring the consultation period has a high human cost that appears not to have featured in the decision making process. Employees are denied a reasonable notice period in which to seek alternative employment and instead, at a time of financial uncertainty, must pursue a court claim for lack of consultation if they wish to be compensated.

“We are greatly concerned that the existing system incentivises companies to break the law on consultation with employees.”

The MPs made a total of 16 recommendations. They took evidence from four people: