Connect Group has appointed Smiths News chief executive Jon Bunting as interim chief executive as the company is set to conduct a strategic review of Tuffnells, the mixed and irregular freight 3PL.

The review will, Connect Group said, consider the actions and investments needed to create a sustainable recovery for Tuffnells, looking at the long-term prospects for the business within the group.

Declining parcel volumes, combined with a high proportion of operating costs at a depot level being fixed, resulted in continuing losses in the second half of the financial year, Connect Group said. 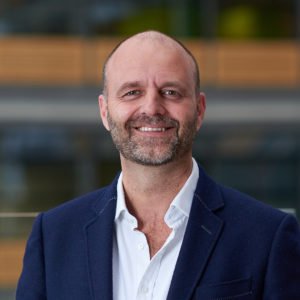 Connect Group chairman Gary Kennedy said: “In a challenging year, we have been resolute in pursuing a recovery plan that balanced improvements to profitability, with necessary investment and prudent capital management.”

Kennedy said that the revitalised performance of Smiths News, its newspaper and magazine wholesaling business, and the progress with its central restructure had established a solid foundation for the group’s medium term recovery.

“The turnaround of Tuffnells remains our most pressing challenge. The strategic review of that business reflects our focus on delivering improvement and removing its impact on overall group performance.”

Kennedy said he was certain that Bunting’s “clear leadership and unwavering dedication will serve Connect Group well, as we push forward to deliver improved performance”.

Furthermore Michael Holt (non-executive director of Connect Group) has been appointed as executive chairman of Tuffnells. Holt was chief operating officer at FedEx Express Europe from May 2016 to September 2018.