DP World has accused the government of Djibouti of illegally seizing control of Doraleh Container Terminal.

The government characterises the move simply as termination of the contract to run the terminal.

DP World, which operates London Gateway and the Southampton Container Terminal in the UK, was awarded a 30 year concession to build and operate the terminal in 2006. The terminal is now the largest employer and biggest source of revenue in the country.

The operator says the seizure of the terminal is the culmination of a government campaign to force it to renegotiate the terms of the concession. 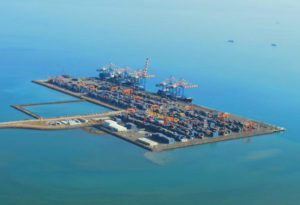 In a statement, DP World said: “The illegal seizure of the terminal is the culmination the government’s campaign to force the DP World to renegotiate the terms of the concession. Those terms were found to be ‘fair and reasonable” by a London Court of International Arbitration tribunal led by Lord Leonard Hoffman and Sir Richard Aikens, both highly respected former English jurists.”

“To protect our interests, we have been compelled to commence a new arbitration on 20 February 2018 against the government in London, seeking a declaration that the contracts are valid and binding on the Government and to obtain urgent interim relief.

“We demand that the government will cease its unlawful conduct and continue to work as partners with us in the same spirit of cooperation that has been in place for the last 18 years, which has yielded hundreds of millions of dollars of direct and indirect benefits to Djibouti and enhanced its attractiveness as a leading investment destination in East Africa.”