Eddie Stobart Logistics has revealed it made a statutory loss before tax of £199.8m for the six months-ending 31 May 2019 as a suspension of trading of shares was lifted.

The 3PL had suspended trading of its shares in August 2019 after it posted a profit warning. This was followed by an aborted takeover attempt by fellow 3PL Wincanton. In December its shareholders backed an injection of cash from DouglasBay Capital, which acquired a 51% stake in the company. 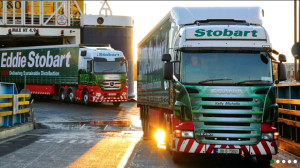 Eddie Stobart Logistics also said that since the start of the period it had won new customers including Tilda, Metsa and Lallemand and extended contracts with Tesco, Aldi and Mayborn.

It also said that no significant contracts had been lost since the start of the six months ending 31 May, although two underperforming contracts have been exited.