The European Commission made a procedural error when it blocked the UPS bid for TNT in January 2013, and that decision should be annulled, according to advocate general Juliane Kokott in an opinion for the European Court of Justice. 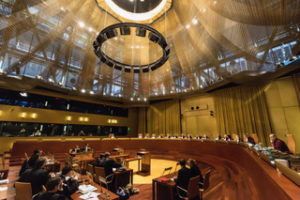 Source: Court of Justice of the European Union

After the commission decision, UPS appealed to the General Court which ruled that the commission had infringed UPS’s rights of defence by making material changes to the econometric model on which it relied during the administrative procedure without informing UPS or giving the company an opportunity to submit observations. As a result it annulled the commission’s decision.

The commission then appealed to the European Court of Justice asking it to set aside the General Court’s judgement.

Now advocate general Juliane Kokott has said that the Court of Justice should dismiss the Commission’s appeal and uphold the General Court’s judgment.

The role of advocates general is to provide independent legal advice to the Court of Justice, and their opinion is not binding. The judges of the court will now begin their deliberations in this case. Judgment will be given at a later date.