The Public Accounts Committee has attacked the government for “fundamental flaws” in central procurement and local distribution of vital goods and equipment in the response to the coronavirus pandemic.

In its report ‘Whole of Government Response to Covid-19’ – published today – the Committee said that despite a pandemic being identified as the government’s top non-malicious risk, it had failed to stock up on PPE in advance.

However it did concede that the government was faced with a “massive challenge” to procure a huge quantity of PPE for 58,000 separate sites. 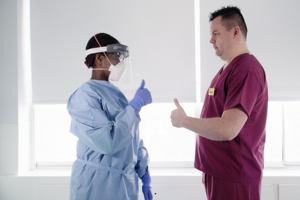 The report said that the Cabinet Office claims that it was taken by surprise by the need for a huge quantity of PPE and emphasised that it did not run out of PPE centrally, although there were local shortages of PPE, particularly of aprons.

The Committee said in its conclusion that it mattered “very little” that the government had enough PPE centrally if vital goods and equipment were not getting to those who need them locally. it also said that the Department of Health and Social Care was not focused enough on the challenge of how to identify need in the care sector and ensure supply of PPE.

The Public Account Committee also said that the unit cost paid by the government for PPE and medical equipment was “higher than it would have liked” but it considered the purchase of this equipment value for money given the alternative of not having enough equipment.

However, the Committee said, the Cabinet Office it could have lessened the impact of high procurement prices if it had stocked up on PPE sooner or had UK-based alternative supply options. It said that the Cabinet Office now planed to build up larger stocks of PPE for future shocks, including identifying manufacturers who can produce PPE quickly.

The Public Account Committee said the Cabinet Office should review the lessons learned in relation to the government’s procurement of PPE and how far it was able to deliver and distribute essential equipment to where it was needed in good time. It has until 1 September to update the Committee on the outcome of its review.