Freight Transport Association has reacted angrily to a report by the government’s Migration Advisory Committee saying it fails to recognises the vital importance of lower-skilled migrants to the UK economy.

Head of skills Sally Gilson said: “The job roles covered by these workers are often based in areas of low unemployment where competition for workers is already high, so Britain’s supply chain could easily be at risk if they are forced to return to their home countries. 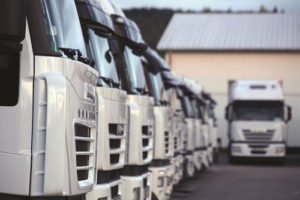 “The logistics sector, especially when you consider roles such as HGV drivers and warehouse staff, is reliant on access to non-UK workers, currently employing 43,000 HGV drivers, 113,000 warehouse workers and 22,000 van drivers from the EEA – and even more during peak times of year like Christmas. Without them, schools, shops, hospitals and retailers, as well as manufacturers and homeowners, will all find it harder to access the goods they need to conduct their daily lives.”

The MAC report recommends changing the system by which workers are assessed on their eligibility for working status in the UK, but Gilson says this actively discriminates against the lower-skilled workers that the country’s employers desperately need.

“The government needs to take urgent action, to place more emphasis on the roles which are suffering skills shortages, and not just focus on qualification levels – without an honest appraisal of where the problems already exist, Britain’s trading relationships could simply grind to a halt,” she said.