Double-digit growth in air cargo turnover at Kuehne + Nagel helped to offset falls in sea, road and contract logistics during the second quarter of 2020.

Chief executive Dr. Detlef Trefzger said it took the “right measures early on” and “successfully managed” Kuehne+Nagel through the impact of the Covid-19 pandemic.

“We expect the second half of the year to continue to be marked by major uncertainties, for which Kuehne+Nagel is well prepared thanks to its agile structure, rigorous cost management and high-quality service offerings,” he added.

K+N said that the “clearly negative” market environment had led to reduced shipping volumes and a decline in business, but it had gained market share in select, high-yielding industries including pharma, reefer transport and e-commerce. However it said that good volume development and cost management in these areas had not fully compensated the significant decline in its “high-yielding” SME customer portfolio.

It said that the high demand for “crisis goods” in the second quarter had led to short-term benefits, and it had purchased charter capacity for its customers on a targeted basis as belly capacity on passenger flights was not available during the second quarter of 2020.

K+N said that demand had noticeably revived since June, with the demand for domestic European transport returning to pre-crisis levels. However In North America, demand for all product segments – with the exception of pharma and e-commerce – was significantly lower than in the previous year. 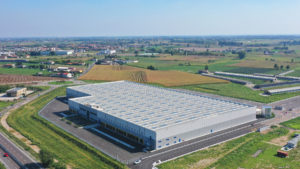 The 3PL told investors that the significant reduction in demand in the second quarter was mitigated by stringent cost management. It added that essential goods and e-commerce, which now accounted for “around half of the Contract Logistics portfolio”, had recorded significantly higher demand.

Chairman Dr. Joerg Wolle said: “The strategic course we have set at Kuehne+Nagel in recent years is also having a positive effect in the midst of the coronavirus crisis. The company has been consistently digitalised and thus remained fully operational throughout the crisis.

“The successful performance in the second quarter is owed to the good market position of Kuehne+Nagel and the recovery of the Asian markets. The good work during these past months underlines today’s high level of resilience of Kuehne+Nagel.”