Swedish fashion retailer H&M saw sales rise 3 per cent to SEK 178,817 m in the first nine months, despite problems with the implementation of new logistics systems that affected sales in a number of major markets. However, profit after financial items fell to  SEK 11,287m from SEK 15,936m the year before. 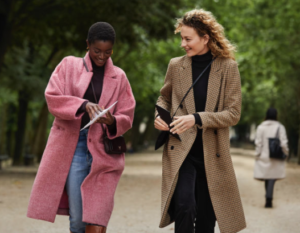 The new logistics systems are designed to enable a faster and more efficient supply chain as well as a continued integration of store and online, but the retailer said that sales and cost development in major markets such as the US, France, Italy and Belgium were hit in the third quarter by issues that emerged during the implementation of new logistics systems in the Spring.

In its results for the nine months to 31st August, the company said the problems that arose during the implementation of new logistics systems in the US, France, Italy and Belgium during the spring led to extraordinary costs of around SEK 400 m in the third quarter. Sales in these markets decreased by 8 percent overall, while overall sales for the other 66 markets increased by 8 percent in local currencies during the quarter.

H&M has plans to open 240 stores globally this year. At the start of the year, it said it would introduce three new highly automated logistic centres over the course of the year which would significantly increased capacity and efficiency and faster lead times.

Third quarter sales, at SEK 64.8 billion (£5.6bn) were nine per cent up on the same quarter in 2017. It said: “The H&M group’s continuous transition, to face the major shift within the industry, has contributed to a gradually improved sales development and increased market share in many markets in the third quarter.”