German gases giant Linde has abandoned plans to sell Gist, the UK logistics services provider that it acquired when it bought the BOC Group in 2006. 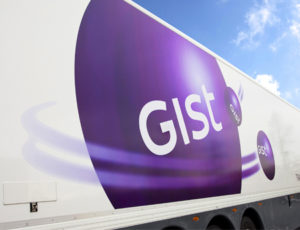 It said: “The executive board of Linde AG decided that it would no longer disclose the business of logistics services provider Gist as a discontinued operation.

“The sales negotiations with potential buyers were abandoned in the second quarter of 2018 and thus a sale is no longer deemed to be highly probable.”

Gist turned over £416.7 million in 2016, producing an operating profit of £17.5m.  It manages chilled, frozen and ambient food distribution for Marks & Spencer, as well as having major contracts with Starbucks and EAT.

Last year, Linde said it would no longer include Gist in group figures due to a planned sale.

Despite its success, Gist, which started life as BOC Distribution Services, is not core to the Linde group, and there has been speculation about a sale ever since it sold its materials handling division, now named Kion, in 2006.