Many an occupier has had to make do with the design and layout of a warehouse that just isn’t quite right but when you ask why – the answer you get is because its ‘institutional’ and without it being ‘institutional’ it can’t be built.

But that is all changing according to James Kelway, head of department, building and project consultancy at Savills. 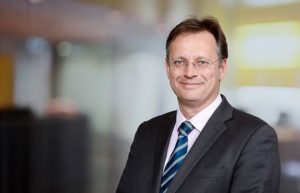 He said: “It wasn’t so many years ago that designing and constructing a warehouse unit needed to conform rigidly to institutional standards.

“However, as we move away from more conventional factors and instead focus more on things like sustainability and intensification, these standards are now having to adapt, and quickly, to the changing landscape of the industrial and logistics market.”

Firstly it is important to know what are these institutional standards, who defined them and perhaps most importantly, do they still matter?

Kelway said: “Fundamentally, institutional standards derived from investors’ and developers’ views on what most appealed to the majority of occupiers. This was then coupled with how lettable the unit would be in the future once the original tenant moved out.

“As such, these standards were then applied to things like dock ratios, office content, floor slab loadings, yard depths and site densities to name but a few.”

Kelway said that in the past these standards were driven predominantly by the grocery retailers who were responsible for the largest occupational demand prior to the explosion of online retail.

For example, he said that facilities larger than 500,000 sq ft would typically, by default, be designed as a cross-dock unit so that grocery retailers could easily process perishable and fast moving goods in and out of their facilities.

“Alongside the obvious lease length and tenant covenant strength, these were the major factors considered by the majority of investors and developers at the time.”

With the change in consumer habits and the retraction of the grocers from their considerably less active heyday there has been a distinct change in what constitutes an institutional development.

The charge, he said, is now is being led by online retailers. 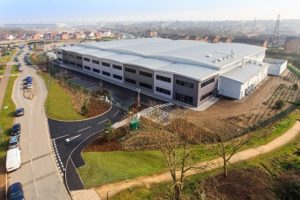 Kelway said: “For this reason, changes include pushing up eaves heights in order to accommodate mezzanines, which are increasingly multi-tiered, enabling automation both now and in the future and higher racking solutions in order to maximise the cube.

“This in turn drives greater floor loadings and deeper yards to accommodate a wider vehicle fleet. All of this is now being done on a much tighter site density.

“There are also other factors to consider, such as the increasing importance of sustainability, especially if we are to hit net zero carbon targets by 2050. With this in mind, people are turning to certain benchmarks. GRESB, for example, provides access to comparable and reliable data on the ESG performance of investments.”

He also said that by incorporating design elements like increased photovoltaics, enhanced landscaping and bio-diversity and EV charging for cars, HGVs and bikes, developers would be able to achieve higher scores across their portfolios, which in turn made them far more attractive to investors.

“Institutional standards have had to evolve in order to cater to today’s occupiers. Of course, developers and investors will always have a check list of essentials when it comes to building warehouse units, but what’s clear is that these days this is certainly not set in stone, steel, or even sustainable timber.”