Mothercare is to sell its toy business, Early Learning Centre, to The Entertainer, as part of its transformation plan, which aims to improve product design, marketing and distribution of Mothercare products around the world.

In an update, Mothercare said it was on track to deliver cost savings of at least £19m a year. Store closures over the past year mean that it has reduced its estate from 137 to 80. 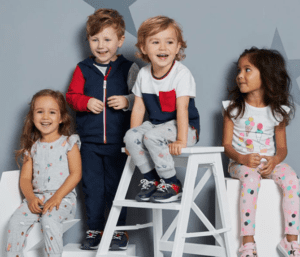 Under the deal with Teal Brands, which owns The Entertainer, Mothercare will receive a £6m on completion with up to £5.5m in respect of inventory due with a few months of completion, and a further £2m earn out fees over the next few years.

The Entertainer will supply toys to Mothercare stores and online. Mothercare chief executive Mark Newton-Jones said: “This disposal of Early Learning Centre provides a further step towards eliminating our bank debt, and our new concession arrangements with The Entertainer will bring our customers an even stronger Toys offer, both in stores and online.”

Mothercare launched its transformation plan in May last year after reporting a £79.4m loss for the year before.

The plan included closing 50 stores and finding further cost savings of £5 million as part of a package to refinance the business.

Mothercare on track with transformation plan