E-commerce retailer N Brown, the company behind brands such as Jacamo and Simply Be, has said it will continue to pay its product suppliers to terms despite the slump in sales during lockdown.

In a statement to investors N Brown said that throughout the pandemic it would continue to pay product suppliers to contractual terms but it had cancelled some orders due for Spring/ Summer 2020 given the uncertain demand backdrop.

The company said that product sales were down 25% in the last six weeks, a performance it described as “creditable in the circumstances”. 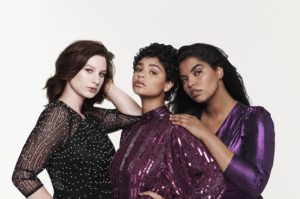 It also said that over the past six weeks, it had seen 74% growth in its Home & Gift lines, but reported “continued weakness in apparel sales” which were down 48% in the period.

N Brown said that future orders for Autumn/ Winter 2020 had been rephased and, in some cases suppliers were reworking pre-ordered fabrics for more appropriate seasonal lines.

It also said that in recent weeks it had started to work with suppliers on Spring Summer 2021 orders. and it had continued to pay all other suppliers and partners to terms.

Chief executive Steve Johnson said: “We are pleased to have secured support from both our banking partners and the government’s loan scheme, which help to strengthen our financial position and gives us the flexibility and certainty to manage through this challenging period.

“In addition, the immediate and substantive actions we took at the very outset of this crisis have supported our working capital positively in this period.”

Meanwhile N Brown said that at its distribution centres, it had re-organised floor-plan layouts to ensure social distancing, introduced one-way walkways, increased points of access and exit, staggered the entry and exit times of colleagues and laid out clear floor markings.

It said it had also “significantly expanded” its cleaning regime and introduced additional hand washing stations for all colleagues.  It said it was in regular dialogue with trade union USDAW, with which it was working to maintain satisfactory health and safety conditions.