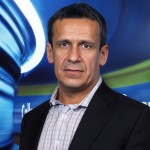 CEO Petar Cvetkovic said: “We have continued to make steady progress with our OneDX programme. This substantial and on-going investment across the business supports our aim of providing enhanced delivery solutions to our customers. It is also creating a more efficient operating structure to underpin our offering, which is based on a market-leading range of services, value and high customer service levels.”

Parcels and freight revenues for the year was down by 5.8 per cent to £154.1 million against £163.6 million in the prior year and accounted for 51.8 per cent of DX’s total on-going revenues.

“The decrease reflects the contract review programme, as previously highlighted, and masks the progress made in new business,” said Cvetkovic.

“We are continuing to focus on expanding our presence within those market sectors where our offering, especially for 1-Man and 2-Man deliveries, is well differentiated. These markets include construction, optical, pharmaceutical, public sector and retail.”

Mail and packets generated a 3.5 per cent increase in on-going revenues over the year to £116.4 million from £112.5 million in the prior year.

Logistics revenue for the year decreased by 16.4 per cent to £27.0 million from £32.3 million and accounted for 9.1 per cent of group on-going revenues. However, said Cvetkovic, “last year’s revenue includes £4.2 million from Business Direct which was sold in December 2013”.

* DX celebrating 40 years in business this September. Four decades on from the launch, the organisation has grown the traditional mailrooms of law firms, embracing new technology to become a major B2B and B2C logistics and parcel distribution providers.