Susan Barratt is to take over as the new chief executive of the IGD replacing Joanne Denney-Finch who stepped down in September 2018.

Barratt is currently a non executive director of AG Barr and Higgidy and has served on the IGD Board as a Trustee since 2016. 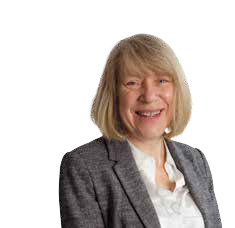 “I am delighted to have been given the opportunity to lead IGD,” said Barratt. “Joanne Denney-Finch has left an impressive legacy on which to build. I am very much looking forward to working with both the IGD team and the industry to help tackle challenges that the industry faces and build on opportunities that exist.”

IGD president Leendert Den Hollander, who is vice-president & general manager at Coca-Cola European Partners, said: “I am very pleased that Susan has been appointed as IGD CEO. Her experience across the food and grocery industry, alongside a strong understanding of IGD and its work, will be robust foundations to build and grow IGD’s important contribution in the years ahead and will further reinforce IGD’s position at the heart of the food and grocery industry.”