Ocado Group has said it expects the long term shift towards online grocery to accelerate post-crisis after a start to 2020 that saw it enable the delivery of over 40% more groceries in the UK than before the impact of Covid-19.

In a trading update to investors Ocado group said that turnover in its retail division in the year to date was up 40.4% up on the same period last year. 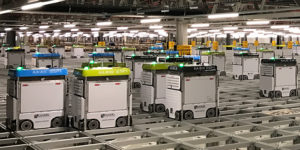 It advised that the number of items per basket for shoppers had appeared to have passed its peak but remained high, with more normal shopping behaviours returning as lockdown progressed. It also said that the share of fresh and chilled products in the mix, compared to ambient, was also returning to normal.

Ocado Group chief executive Tim Steiner said: “We are facing quite a different challenge to many, as we scale up Ocado.com to play its part in feeding the nation, and as we help our clients launch and roll out their online businesses more rapidly against a backdrop of a likely long term increase in demand for online.

“Ocado remains in a strong position and while we should be grateful that our current challenges are around growth, expansion and increased demand, we have great empathy for all who are facing different challenges at this time. In retail, we are working with our small suppliers to make sure we pay them earlier than normal and we will work closely with any who are struggling”. 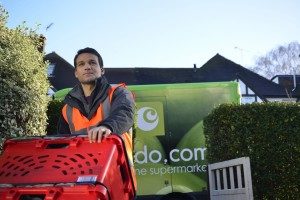 Ocado said the trading period had seen it add capacity at its facility in Dordon, in the West Midlands, for Morrisons, as well as increasing the use of its platform for in-store fulfilment, allowing Morrisons to increase its online store pick capacity since the virus hit.

It said that to support the” unprecedented level of business” Ocado Retail was doing, it had ramped up capacity significantly and taken measures such as suspending the delivery of mineral water. This decision, it said, had allowed it to deliver to 6,000 additional households per week.

To that end it advised that its customer fulfilment centres (CFC) were running at peak and at their best ever efficiencies.  It said that at Dordon it was achieving close to 200 grocery units per labour hour processed within the facility, compared to 185 before the crisis.

Its CFC in Erith, south-east London, continued to ramp up and was currently processing 110,000 standard sized orders per week compared to 80,000 at the end of its fiscal first quarter (which ran from December 2019 to the end of February 2020).