UK online retail sales in November and December are being forecast to rise 10.5% year-on-year to £20 billion.

According to Colliers International online retail in the UK will top £9 billion in November and £11 billion in December, compared to total online sales of £18.1 billion in the same two-month period in 2018.

This represents 23% of total shopping spend during the period, said Colliers.

It said that the growth was driven by a combination of Black Friday and Cyber Monday sales in November, plus continued wage growth .

To this end Colliers said that the demand in sales had bolstered the need for retail-related logistics space, to help occupiers cope with a quick turnaround of deliveries over the year, particularly in Q4 2019.

It said that 55% of overall industrial lettings for large distribution warehouse greater than 100,000 sq ft had been for bespoke design and build hubs to keep up with the increase in online shopping and general sales.

Len Rosso, head of industrial and logistics at Colliers International, said that because online customers had become accustomed to fast shipping, and more sophisticated parcel courier services offering last-mile, same day and next day delivery, retailers and parcel couriers had been forced to invest significantly in future-proofing supply chain operations.

“To meet this online demand, retail occupiers are now willing to pay a premium to fulfil their logistics requirements so they can be ready to cope with the rush resulting from peak periods.” 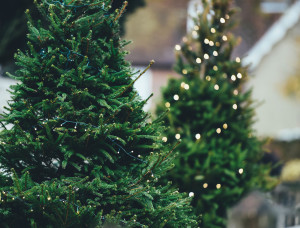 Andrea Ferranti, head of industrial and logistics research at Colliers International, said: “The success of a retailer’s online strategy is closely linked to the distribution sector and supply side functions, hence why we have seen strong level of take-up nationally for both large distribution warehouses and urban logistics space to cope with increasing demand.

“In the past, a supply chain was primarily designed to serve store networks. Nowadays, online demand and the associated logistical needs can be make or break for retailers.”

However, according to The Office for National Statistics, retail sales declined slightly in the three months leading up to November 2019, when compared to the previous three-month period.

It said that online sales as a proportion of all retailing was 18.7% in November 2019, compared with the 19.1% reported in October 2019. However its reporting period for November closed on the 23rd, before Black Friday.