Paul Dyer is stepping down as chief executive of DHL Supply Chain. He will be replaced by Jose Nava who was previously chief development officer. 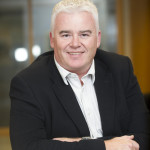 In a statement, DHL said: “During his 28 years with DHL, Paul has contributed a great deal to the business, in the latter stages significantly growing the Automotive and LLP propositions across multiple markets. During his tenure as CEO he implemented valuable changes and helped set the UK on a path to deliver future growth.”

“From 1 October 2018, Jose F Nava will take over as CEO, DHL Supply Chain, UK & Ireland. Jose previously held the role of chief development officer where he was responsible for the development of the company’s e-commerce proposition.