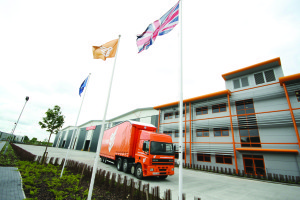 The company said this was also bolstered by the expanded SuperHub capacity and additional network input from a growing membership, to a record annual total of 3.4 million pallets, representing a seven per cent increase on 2016.

It extended its reach by increasing express European services to 20 countries and recently launched a Chinese pallet service, which has the ability to ship single pallets from China.

Palletforce Asia Services is aimed at SMEs and enables movement of all sizes of consignments, from single pallets to full container loads. Palletforce has installed a bespoke IT platform in both the UK and China, which will link directly to the company’s existing Alliance tracking system.