Restructuring costs hit profits at TNT Express last year, producing an operating loss of €86m for the full year, compared to an operating profit of €9m in 2013, with CEO Tex Gunning noting that 2015 will be a transitional year.

Revenue was down from €6.9 billion in 2013 to €6.7bn last year. CEO Tex Gunning said: “In 2014, we had to take significant Outlook-related restructuring provisions, one-off charges and valuation allowances. These non-recurring charges testify to the scale of the transformation that needs to happen and to the determination of the new management team to do what it takes to transform and turn TNT around.” 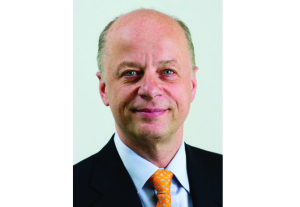 Gunning said: “In 2014, we did not yet realise quality revenue growth and profitability. We are still in a stage of improving the quality of our revenue base and winning back customers that were lost over the last few years. With service quality improving in our unique European road network and competitive air network, we should be able to reverse any negative trends and achieve profitable growth.

TNT set out its Outlook strategy in 2014 with a new management team and a new reporting structure. There are now four segments: International Europe; International Asia, Middle East, Africa; Domestics; and Unallocated.

In International Europe, the results were affected by continued pressure on sales prices and investments in future growth. International AMEA performed better than last year: The segment doubled its adjusted operating income to €51m. The Domestics segment saw further improvements in the performance of Italy and Brazil, partly offset by negative price effects in other domestic markets.

Gunning said: “Our confidence in realising the full benefits of Outlook by 2018-19 is based on the Orange spirit of TNT’s people, the loyalty of TNT’s customers and our unique European network with excellent connections to the rest of the world. 2015 will be a year of transition and we will achieve year on year improvements from 2016 onwards.”