The rate at which robots are being adopted is increasing, and there could be 20 million in use by 2030, according to a study by Oxford Economics.

And the report, “How robots change the world”, highlights dramatic growth of robots in logistics – an eight fold increase between 2015 and 2021 is projected – warning that jobs like warehouse work are in imminent danger.

It estimates that a one per cent increase in the stock of robots per worker in the manufacturing sector leads to 0.1 per cent boost to output per worker across the wider workforce. 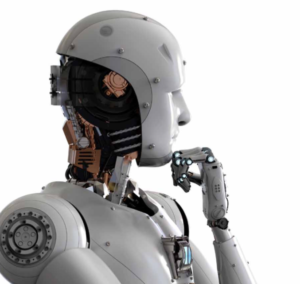 “These increases are large enough to drive meaningful growth,” it says, calculating that boosting robot installations to 30 per cent above the baseline forecast by 2030 would lead to an estimated 5.3 per cent boost in global GDP that year.

“This equates to adding an extra $4.9 trillion per year to the global economy by 2030 (in today’s prices)—equivalent to an economy greater than the projected size of Germany’s.”

The report suggests that 20 million jobs could be displaced by industrial robots by 2030 – mainly in lower-income regions.

It calculates that one additional robot will result in 2.2 job losses in lower-income regions, compared to a loss of 1.3 jobs in higher income regions.

Oxford Economics has devised a “Robot Vulnerability Index” that ranks every region of seven developed economies in terms of how susceptible their respective workforces are to the installation of industrial robots.

The report points our that some service jobs may be considered standardised and relatively easy to automate, but others demand uniquely human qualities such as social intelligence, imagination, empathy, and other cognitive skills not readily translated into algorithms.

It quotes Dr Kai-fu Lee, an expert on artificial intelligence, founder of Sinovation Ventures, and former senior executive at both Google and Microsoft: “Yes, Amazon warehouse workers are likely to be replaced by robots in two or three years. But for work that takes place in unstructured environments, I don’t anticipate robots fully replacing people. Some more breakthroughs will be required.”

The report warns that the challenges created by the rapid adoption of robotics will be daunting.

“Our analysis of the job moves of more than 35,000 US individuals over the course of their careers shows that more than half the workers who left production jobs in the past two decades were absorbed into just three occupational categories: transport, construction and maintenance, and office and administration work. Ominously, our analysis found that these three occupational areas are among the most vulnerable to automation over the next decade.

“These findings, however, should not lead policy-makers and other stakeholders to seek to frustrate the adoption of robot technology. Instead the challenge should be to distribute the robotics dividend more evenly by helping vulnerable workers prepare for and adapt to the upheaval it will bring.”

The report is available here.