Sainsbury and Asda have rejected the provisional findings of the Competition and Markets Authority inquiry into their proposed merger in a closely argued 168 page document.

And in a separate 26 page document they have also rejected CMA’s Notice of Possible Remedies.

The response to the CMA provisional finding, the two retailers argue that the proposed merger will unlock cost savings that will allow them to lower prices by £1 billion by the third year following the merger.

“These significant reductions in prices will also drive industry wide improvements in rivalry.” 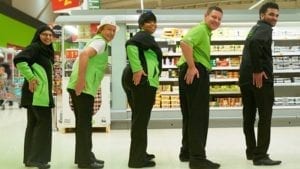 And the retailers argue that there are a multitude of fundamental errors and flaws in the CMA’s analysis. “The parties consider that there is no credible basis for a significant majority of the SLC (significant loss of competition) findings provisionally identified by the CMA.”

They go on to argue that if the CMA addresses the fundamental flaws in the provisional findings, the number of local SLCs would fall significantly and the resulting divestiture package needed to remedy them would be feasible.

In their response to the CMA’s proposed remedies, the retailers sugest that an appropriate level of store divestment would be 125 to 150 supermarkets and a number of convenience stores along with a number of petrol stations.