Sainsbury’s has seen its business change “fundamentally” during lockdown, with digital sales more than doubling in recent weeks. 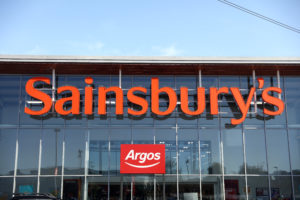 Overall grocery sales at the second largest supermarket in the UK were up 10.5%, with total retail sales up 8.5% during the three months ending 27 June.

The quarter also saw it roll out its one-hour grocery delivery service Chop Chop beyond London to some 15 cities across the UK.

Chief executive officer Simon Roberts said: “Our business has changed fundamentally from four months ago. We have more than doubled our weekly sales of online groceries in recent weeks and Argos sales were strong while operating as an online-only business for almost twelve weeks.”

However, he added that sales of clothing and trading in city centre convenience stores were all significantly down year on year as a result of lockdown.