Grant Shapps has replaced Chris Grayling as transport secretary in Boris Johnson’s ministerial shake-up that saw more than half the cabinet either sacked or quit.

Stephen Barclay retained his position as Secretary of State for Exiting the European Union. 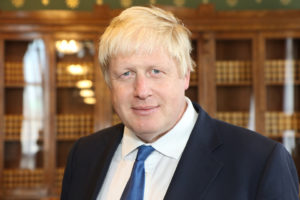 Johnson made it clear during his election campaign that he would go for a no-deal Brexit if he couldn’t get the deal he wanted. And in his first speech as prime minister, he said: “We are going to fulfil the repeated promises of parliament to the people and come out of the EU on October 31. No ifs or buts.”

Earlier this week, the Freight Transport Association described a no-deal Brexit as the “the worst possible outcome for the economy and is to be avoided at all costs.”

The Road Haulage Association called on Shapps to work closely with the UK haulage industry making every effort to ensure that businesses are Brexit-ready.

Chief executive Richard Burnett said that firms are still in the dark over the new processes they’ll be expected to work with amid concerns that red tape and inadequate infrastructure will lead to chaos at ports.

“The economy relies on goods moving freely across our borders but up to now we’ve seen no evidence that the government has the systems or support for firms in place to maintain that flow.

“It’s now make or break for the many thousands of UK haulage operators, responsible for moving 98 per cent of the economy.”

Shapps is a former Conservative Party chairman. His ministerial experience include stints at International Development, and Housing and Local Government.