Stobart Group has sacked Andrew Tinkler its former chief executive. In a statement to the stock market it said: “The Company announces that, following the receipt of comprehensive legal advice, it has today served notice on Andrew Tinkler, summarily terminating his employment with the Stobart Group. Mr Tinkler will cease to be a director with effect from today’s date.

“The Company will also be issuing legal proceedings imminently against Mr Tinkler for, among other things, breach of contract and breach of fiduciary duty. 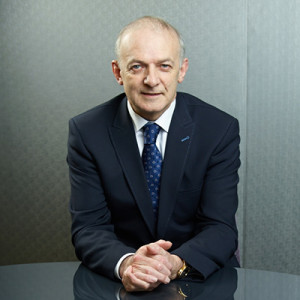 “The Company will be writing to shareholders shortly to provide them with further information on the situation, including its concerns that Mr Tinkler and his associates are attempting to secure control of the Company.

“Warwick Brady, CEO of Stobart Group, said: “Mr Tinkler’s actions, particularly in recent days, have threatened to destabilise the Company and severely impacted my ability and that of my team to manage the business on a day to day basis and deliver the agreed strategy. This is against the interests of all of our shareholders.”

Andrew Tinkler, the founder and 7.7 per cent shareholder of Stobart Group issued the following statement: “In the last few days, we’ve seen the Stobart chairman and CEO involved in allegations of bullying and ignoring their own senior team.

“Today’s announcement confirms that they are desperately attempting to pre-empt the wishes of shareholders. They are also attempting to deny shareholders the right to determine the leadership of the board. This is not how a listed company should behave.”