Viewing all articles tagged with GMB

Hermes is to offer its couriers the option of “self-employed plus” status which would provide holiday pay and guaranteed earnings of at least £8.55 an hour, following a deal with the GMB union.

The GMB union says it has reached a satisfactory settlement with DX over an employment tribunal claim brought by six GMB members. 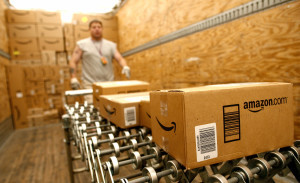 The GMB trade union is to take legal action against three Amazon delivery companies arguing that they are operating “bogus self-employment” schemes. Amazon has hit back, saying that its delivery providers are contractually obliged to meet the minimum National Living Wage.