Transport for London has unveiled a star rating system for the direct vision that drivers have from the cabs of heavy goods vehicles.

TfL has created a web site showing its interim star ratings for HGVs. 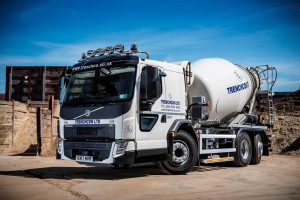 The Direct Vision Standard will categorise HGVs depending on the level of a driver’s direct vision from a cab. HGVs will be given a rating between ‘zero-star’ (lowest) and ‘five-star’ (highest), with only those vehicles rated ‘three-star’ and above, or which have comprehensive safety systems, able to operate in London from 2024.

If approved, the proposals will require all HGVs over 12 tonnes to hold a safety permit to enter or operate in the Capital from 2020. Those rated ‘one star’ and above would automatically be granted a permit, while those rated ‘zero star’ (lowest) would have to include specific recognised safety systems, such as sensors, visual warnings and comprehensive driver training, before a permit is granted. The safety permit scheme would evolve over time, taking into account advances in technology.

The details of this ‘safe system’ will be included in an autumn consultation. Confirmed star ratings will subsequently be published.

Alongside developing the Direct Vision Standard and the proposed safety permit scheme, TfL is also lobbying the European Commission for changes in international vehicle safety and design regulations to push for long term improvements to future HGV fleets.

Alex Williams, TfL’s director of city planning, said: “Businesses across the Capital need HGVs to operate, however the number of deaths involving HGVs is unacceptable. The industry has already made significant advancements to safety and has been very keen to support to the work we are doing to go even further and develop the Direct Vision Standard. Alongside the Mayor, we are committed to ridding London’s streets of dangerous vehicles and are taking a Vision Zero approach to road danger. We welcome the industry’s feedback on our latest proposals for the Direct Vision Standard as we work together to improve vehicle safety.”

Road Haulage Association chief executive Richard Burnett said: “The proposal for Direct Vision Standards may be part of the road safety mix; however it is unlikely to be the panacea to the road safety challenges faced by London.

“TfL have not been clear about what impact the proposal will have on road safety as the focus has been on the engineering standards and visibility from the cab in isolation from other factors.”

Nevertheless, he said: “It is positive that we now have an opportunity to work with TfL and the industry to find an effective solution to improve road safety in a balanced way and to have recognition that the issue is complex and will require a lot more work to ensure that the best possible road safety benefits are obtained.”