Tim Johnson, the former director of industrial and logistics at Jones Lang LaSalle, is joining Chancerygate to expand the scope of the company’s development programme. 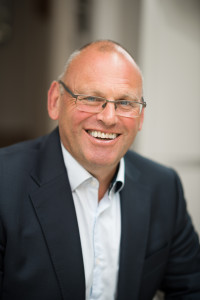 “Bringing Tim into our business represents a major step forward for Chancerygate, and will increase the range of developments we want to initiate, said Chancerygate managing director Eddie Cook.

Johnson started his career in 1984 with King & Co, which later became King Sturge and then JLL. In 2014 he was awarded the Industrial Agents Society’s Outstanding Contribution to the Industry award, and was an International Director at JLL before his departure in 2013. Recent projects he has worked on include DP World’s 10m sq ft London Gateway Logistics Park.

“I have known Chancerygate since it was formed in 1995,” said Johnson, “and am hugely impressed by their track record, dynamism, commitment and financial firepower. The company has already put itself at the forefront of the post-recession industrial development scene through its speculative development programme, and I think there is massive future potential to provide Grade A industrial space in locations where there remains significant demand and record levels of undersupply.”