Marianne Culver has been appointed as TNT UK’s new managing director in succession to Alistair Cochrane.

“I’m delighted to be joining TNT at such a pivotal time. I’m looking forward to taking a service-led approach to driving profitable growth, as we firmly re-establish TNT as the unbeatable B2B express service in the UK,” she said. 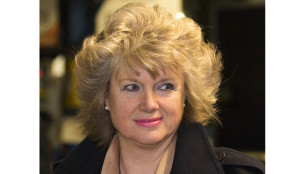 Culver’s appointment breaks with TNT’s tradition of choosing managing directors who have come up through the business. Cochrane, for example, joined TNT in 1986. By 1999 he had risen to regional director for London going on to hold a number of different director roles before becoming managing director in November 2010.

And his predecessor Tom Bell famously started his 33 year career at TNT as a lorry driver when the company first moved into the UK in 1978.

Culver joined Premier Farnell in 2004. Before than she spent three years as corporate vice president of Avnet. And before joining Avnet she was managing director of Macro Marketing.

* TNT has set out its strategy to expand its share of the business to business express market, rather than jumping into the rapidly growing home delivery sector. In the UK, it reckons it is number two in the B2B market after Royal Mail and ahead of UPS and La Poste (DPD/Interlink).

At the group’s Capital Markets day on 18th February, Marco van Kalleveen, managing director domestics, made it clear that TNT saw further opportunities to expand in B2B and is targeting SMEs as well as focusing on leadership in priority industries and revenue management. It is also focusing on both parcels and pallets in its strategy.