The UK economy “limped through the final quarter of 2019” with manufacturers left “listless”, according to a survey published by the British Chamber of Commerce (BCC).

Suren Thiru, head of economics at the BCC, said: “Despite some improvements, indicators in the manufacturing sector remain very weak by historic standards, and with indicators for domestic and export orders continuing to contract, the near-term outlook for the sector remains challenging.” 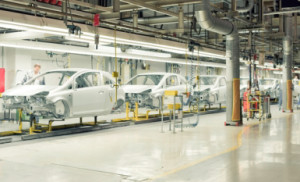 The balance of firms reporting increased domestic sales rose from 0 in Q3 2019, to +4 on the BCC index.

Those reporting increased domestic orders rose from -7 to -1, the first time since Q4 2011 that this indicator has been negative for two consecutive quarters.

The balance of firms reporting improved export sales rose from +3 to +4.

The balance of firms reporting increased export orders was unchanged at -3. Again, this is the first time since Q3 2009 that this indicator has been negative for two consecutive quarters.

“A faltering service sector together with listless manufacturing activity points to a downbeat outturn for UK GDP growth in the fourth quarter of 2019,” Thiru added.