The grocery market grew 0.3% in the 12-weeks ending 26 January driven by Dry January and Veganuary promotions, according to Kantar WorldPanel.

Fraser McKevitt, head of retail and consumer insight at Kantar, said: “[People] who committed to drinking less in January helped the retailers boost sales of non-alcoholic beer by 37% and adult soft drinks by 3%, as shoppers reached for alternatives to their favourite tipples.

McKevitt continued: “It’s clear the Veganuary campaign is having an impact. More than twice as many consumers bought one of the supermarkets’ explicitly labelled plant-based products in January 2020 compared with the festivity-filled December 2019.

“Sales of meat substitutes such as soya mince or vegetarian burgers and sausages were 14% higher than January last year, while sales of lentils were up 6%, lettuce 10% and aubergine 14%.

“Nearly half of people giving up meat and dairy in January did so because they perceive it as a healthy choice.” 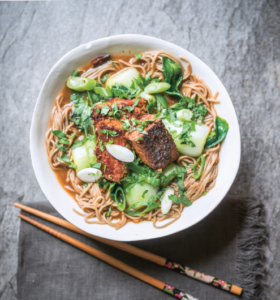 Meanwhile, among the market share of the major UK supermarkets discounters led the way with Lidl growing 11.1%  year-on-year for the 12 week period and Aldi increasing sales 5.7%.

“More than half of the online retailer’s sales come from customers in London and the South of England, but its quickest growth is actually found outside of this heartland in the North of England where its sales were 17% higher than the same time last year.”

Sainsbury’s was again the best performing of the “big four” grocers, but sales fell 0.6% and the retailer now accounts for a 15.8% market share. Although still declining, the retailer’s performance has been improving, with online sales growing 7%.

Iceland’s sales grew ahead of the overall market at 1.4% and its share held steady as a result.

Mckevitt said: “The trend [veganism]is being driven by many people making small changes and trying to eat more plant-based meals and the retailers are responding accordingly.”