Walmart has set out plans to spend $1.2 billion upgrading its supply chain in China, including building or upgrading ten distribution centres.

The retail giant has just opened its RMB 700 million South China Fresh Food Distribution Centre, which currently serves more than 100 Walmart stores in Guangdong and Guangxi, with daily distributing capacity of up 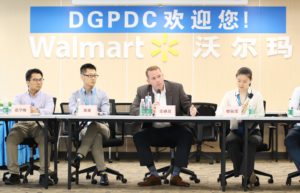 The increased investment in the supply chain network would take place over the next ten to 20 years, said Ryan McDaniel, senior vice president of Walmart China Supply Chain.

Walmart entered the Chinese market in 1996 and opened its first store in Shenzhen. The Walmart Global Procurement Office was established in Shenzhen in 2002. Walmart currently operates a variety of formats in China, including shopping malls, Sam’s Club stores, and Huisafe supermarkets.