Mail company Whistl is to be bought out by its management following a review by owner PostNL.

The company, formerly known as TNT Post UK, reckons its core down stream access (DSA) business has over 56 per cent market share in the UK handling around 3.75 billion items of mail. There is also the Door Drop Media division, as well as growing packets and parcels and logistics divisions. 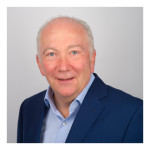 CEO Nick Wells said: “Through a management led company, Whistl will continue to build upon its entrepreneurial heritage. We will continue to challenge, innovate and provide great service to customers, while retaining the support of PostNL.”

Earlier this year, Whistl decided to close its E2E operation, which delivered letters directly to consumers’ homes, after a deal to fund expansion fell through.

It blamed numerous regulatory issued for delaying the roll-out of the E2E operation which began in 2012. “These delays impacted on our ability to invest in the service, expand our coverage, and ultimately to meet the targets of the original business plan and deliver a long term sustainable service.”

The transaction is expected to close later this year. The finalisation is subject to a number of conditions, including the financing of the management buy out. PostNL plans to retain a 17.5 per cent stake in the business.