The UK’s first vertical rocket launching site is set to be built on the north coast of Scotland as part of a government plan to grow the country’s space economy.

The development of a UK space flight programme will unlock the potential for hundreds of jobs in the supply chain, according to transport secretary Chris Grayling.

“Today’s announcement is exciting for places like Newquay in Cornwall too, paving the way for further potential space ports in the future.”

The UK Space Agency reckons Scotland is the best place in the UK to reach in-demand satellite orbits with vertically launched rockets. 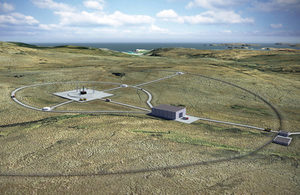 Initial funding of £2.5 million will go to Highlands and Islands Enterprise to develop the site. Another £2m is being made available for horizontal spaceport development.

“This will build on our global reputation for manufacturing small satellites and help the whole country capitalise on the huge potential of the commercial space age.”