121 UK sites have applied to become a Heathrow logistics hub as part of the airport’s £16 billion expansion project. 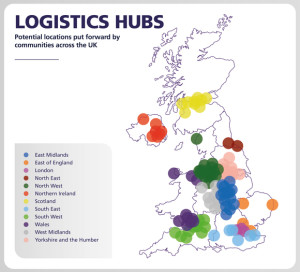 This comes after Heathrow invited communities across the UK to demonstrate how their site could help build expansion by hosting one of four UK logistics hubs.

According to the airport, Heathrow will be the first major infrastructure project in the UK to pioneer the large-scale use of logistics hubs – aiming to build as much of the project off-site as possible. The hubs will pre-assemble components off site before transporting them, in consolidated loads, to the airport.

“Expanding Heathrow is a once-in-a-lifetime chance to really boost growth across Britain – and not just with more capacity at the nation’s hub airport, but from building it,” said John Holland-Kaye, CEO, Heathrow. “Over 100 communities across Britain have put themselves forward to host one of our pioneering logistics hubs and we couldn’t be more impressed by the applicants.

“Together we’ll build an expanded Heathrow – boosting growth outside London, leaving a world-class construction legacy for the UK and delivering expansion faster, cheaper and with less impact on our local communities.”

A list of potential sites is expected to be announced later this year.