In the lead-up to Christmas, 40 per cent of customers abandoned their baskets before confirming their purchases, according to research by Hermes. CEO Carole Woodhead said some retailers need to make small changes to their web sites… 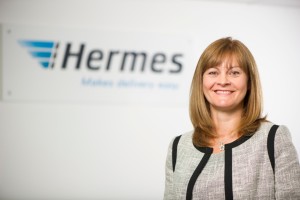 It also found that, despite the growth in popularity of click & collect, home delivery is still the preferred choice for online shoppers – even if that means forking out additional costs.

Some 51 per cent said they would favour paying £1.99 for home delivery rather than collecting purchases free of charge from a store, while 42.5 per cent of consumers would rather save their money and pick-up their items themselves.

The data, which was collected from 1,935 online shoppers across the UK, also showed that one in two consumers aged between 25 and 34 abandoned their baskets, compared to just 19 per cent of people aged 65 and over.

Hermes CEO Carole Woodhead said: “While some online retailers offer a multitude of delivery options, are transparent over delivery costs, and provide easy to access information on refunds and returns, there are some that need to make small changes to their web sites to secure more sales.

“When a consumer has spent time picking their items it is important for them to have all of the necessary information, so they then have the confidence to finalise their order.”

Home delivery continues to increase. During its busiest week of the year Hermes handled 6.9 million parcels, up 27 per cent on 2013.